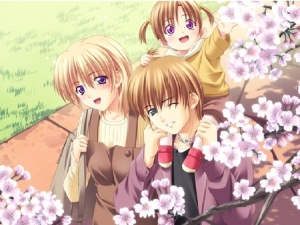 The concept of family all over the world is breaking down. Some have even accepted that the notion of family is merely something from the old days and modernism simply does not include a tight family in it. A picture of a happy family can easily be dismissed as fiction given that the concept of family has been greatly diminished since the picture of real family today usually consists of one missing parent with the remaining members not exactly in good terms with each other.

Divorce has become such a common part of a normal American life that some people from other parts of the world, including the Philippines, want it incorporated into law. Currently, there is only annulment in the Philippines but that doesn’t help families from breaking up. Couples simply go separate ways without even going through the process of an annulment; mostly because it is a rather long and expensive process.

For a developing country, and even industrialized nations, for that matter, the breakdown of marriage and family – the basic building blocks of community and society – can never be a good news.

Most teens of today would argue that the changing values of people are simply a part of the future – like the evolution of entertainment and technology. It can be said that it is simply synonymous to the change in kids of yesterday bringing around giant boomboxes with a tape containing a few songs to kids of today bringing around tiny tiny media players containing hundreds of songs, among others.

So, why did family begin to disappear?

See, from films and literature, it is clear that courtship, the supposed beginning of a relationship that leads to marriage and family, has changed a lot. People, apparently, used to respect the process and sanctity of marriage. That is, evidently, not the case today. There is now what is called, “friends with benefits” – something that my professor last semester in Society and Culture repeatedly mentioned in class around the last days of the semester when we were discussing “modern society” and family planning.

And, as marriage goes, so does family. And as family goes, the same thing happens to community, society, and civilization.

One might argue that family is just one of the things that make up a society and its demise cannot mean the destruction of human civilization. Indeed, there are other factors that make a society work. But as it so-called a “building block” of society, it is an indispensable part of it.

Take for example the progression and evolution of human society itself. It used to be, according to written history, that humans were nomads usually traveling groups in search of sustenance. Then, humans began to settle, setup camps, and began to abandon to traveling for food in favor of growing crops and domesticating animals. Soon, these groups became villages. But at the core of these ancient villages are families working together to make the village survive. And in these families were members who were working with each other each with a responsibility to keep to the family and society. These villages worked and evolved. Otherwise, if the families of yesterday broke down, we wouldn’t be here.

Life was much simpler back in the ancient days. Societies worked well enough to build what we have now. Family was present. Today, we look at a world full of complexities. We are faced with innovations and technology that “make life easier” or “make life easier”. Ironically, these “innovations” themselves are what destroy the core of society and make things worse. People have much more things to deal with today than what people of the old days can even imagine.

If we have all these things at hand, how can we even say that we can make society work without its core? Without family? The way things are today, we can only conclude that, ultimately, we are headed for destruction – by ourselves.

"Every gun that is made, every warship launched, every rocket fired, signifies in the final sense a theft from those who hunger and are not fed, those who are cold and are not clothed."
-Dwight D. Eisenhower

I do not own the comic strips posted here. I'm posting them here in my blog for the sole purpose of sharing.